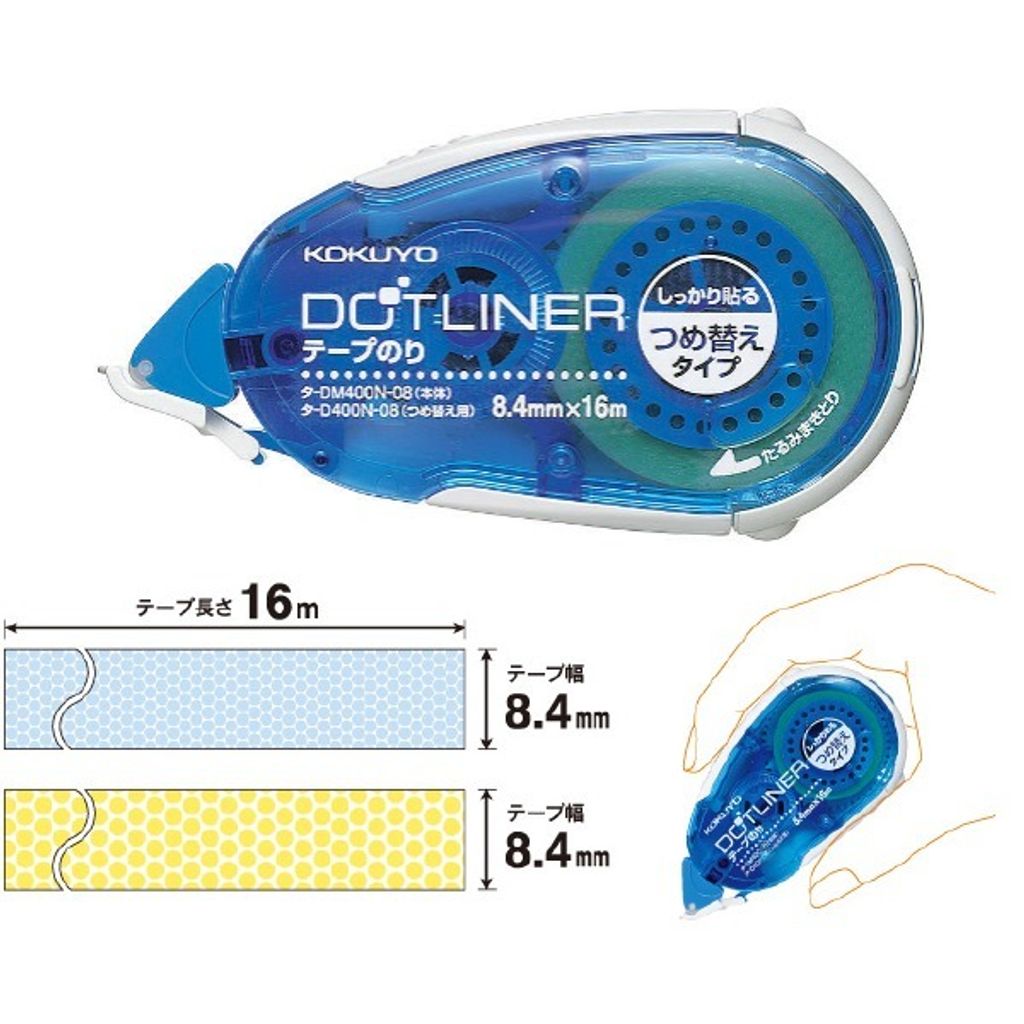 Gluing was once a dreaded task marred by problems such as glue sticking out of edges and uneven blots, slow drying time, dried out nozzles on bottles caused by forgetting to put the cap back on, and sticky hands. If there's no other choice, however, such hassles tend to be taken for granted as an unavoidable part of work and not as inconveniences.

At KOKUYO, investigations and research are constantly being conducted in pursuit of pleasant and efficient products even if there is no perceived inconvenience. Pritt, a glue stick that KOKUYO first imported from Henkel in Germany for distribution in Japan in 1970 and started licensing for domestic production three years later, was a representative product that drastically reduced the inconveniences involved in gluing tasks.

The glue tape that KOKUYO developed later was a product that further remedied the drawbacks of glue sticks (drying out caused by forgetting to put the cap on and the inability to use it all the way to the bottom of the stick).